What Is Concrete Admixture?

Different types of Admixtures are used in concrete to improve the properties of concrete.
Concrete admixture is the material other than aggregate, water, and cement added to the concrete. 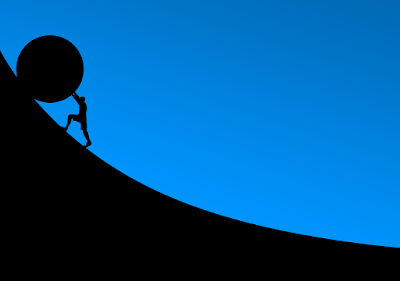 Accelerating admixtures are generally used to reduce the initial setting time of concrete. They speed up the process of the initial stage of the hardening of concrete hence they are also called accelerators. These accelerators also improve the strength of concrete in its early stage by increasing the rate of hydration.
Earlier hardening of concrete is useful in several situations such as early removal of formwork, less period of curing, emergency repair works, for constructions in low-temperature regions, etc.
Some of the examples of accelerating admixtures are triethanolamine, calcium formate, silica fume, calcium chloride, finely divided silica gel, etc. Calcium chloride is the cheap and commonly used accelerating admixture.

Damp-proofing or waterproofing admixtures are used to make the concrete structure impermeable against water and to prevent dampness on the concrete surfaces. In addition to the waterproof property, they also act as accelerators in the early stage of concrete hardening.

Aluminum powder, activated carbon, hydrogen peroxide are generally used gas-forming chemical admixtures. When gas-forming admixtures are added, it reacts with hydroxide obtained by the hydration of cement and forms minute bubbles of hydrogen gas in the concrete.
The range of formation of bubbles in concrete depends upon many factors such as the amount of admixture, the chemical composition of cement, temperature, fineness, etc. The formed bubbles help the concrete to prevent the settlement and bleeding problems.

Alkali aggregate expansion in concrete is happened by the reaction of alkali of cement with the silica present in the aggregates. It forms a gel-like substance and causes volumetric expansion of concrete which may lead to cracking and disintegration.
Use of pozzolanic admixtures will prevent the alkali-aggregate reaction and in some cases, air-entraining admixtures are also useful. Generally used admixtures to reduce the risk of alkali-aggregate reaction are aluminum powder and lithium salts.

Anti-washout admixtures are used in concrete especially for an underwater concrete structure. It helps to protect the concrete mix from being washed out underwater pressure. It improves the cohesiveness of concrete.
This type of admixture is prepared from natural or synthetic rubbers, cellulose-based thickeners, etc.

Gas forming admixtures like aluminum powder is added to grout material to counteract the settle of foundations.

Corrosion of steel in reinforced concrete structure is general and it is severe when the structure is exposed to saline water, industrial fumes, chlorides, etc. To prevent or to slow down the process of corrosion preventing admixtures are used.
Some of the corrosion preventing admixture used in reinforced cement concrete are sodium benzoate, sodium nitrate, sodium nitrite, etc.

To prevent the growth of bacteria, germs, fungus on hardened concrete structures, it is recommended that the mix should have fungicidal, germicidal and insecticidal properties. These properties in concrete can be developed by adding admixtures like polyhalogenated phenols, copper compounds, and dieldrin emulsions, etc.